The Euro climbed against the US dollar late on Wednesday after the U.S. Federal Reserve raised interest rates by 75 basis points, which was fully anticipated by the market, and comments from Fed Chair Jerome Powell raised hopes for a slower pace regarding lifting rates moving forward.

The US central bank has raised rates by three-quarters of a percentage point for the second time in a row as it attempts to rein in inflation, but noted that although the labor market remains strong, other parts of the economy are starting to feel the pinch.

"From here, it is possible that the Fed slows its tightening pace, reassured by the likely peaking of inflation and pullback in inflation expectations as oil prices have fallen," said Seema Shah, chief global strategist at Principal Global Investors

"However, with the labor market still a picture of strength, wage growth still uncomfortably high and core inflation set to decline at a glacially slow pace, the Fed certainly cannot stop tightening, nor can it down shift gears too much."

Predictions about the US economy slowing down have lifted expectations for a 50 basis point hike at the Fed's September meeting to 60.9%, according to CME's Fedwatch Tool, up from 50.7% on Tuesday, while projections for a 75 basis point hike fell to 35.2% from 41.2%. 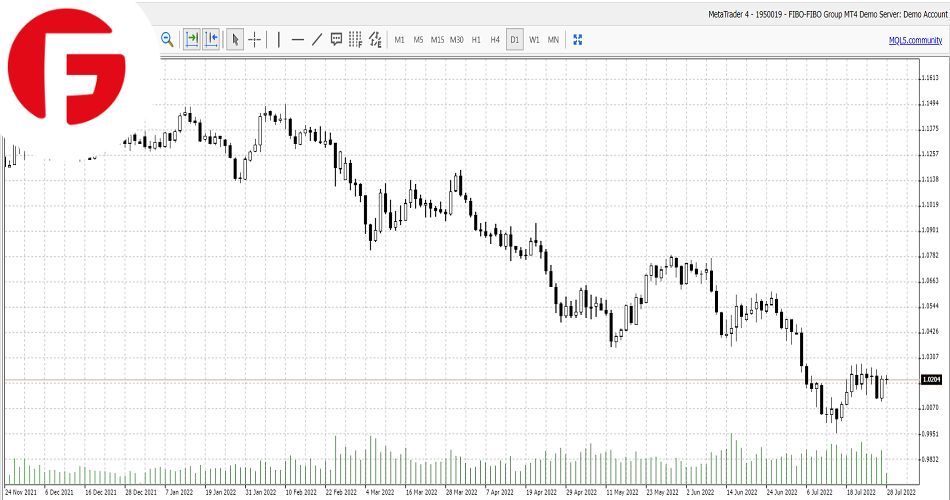 Looking ahead today, the main drivers of the US currency pair will be the release of the Harmonized index of consumer prices from Germany which will be closely watched as the state of inflation figures in Europe’s biggest economy is closely connected with any future rate hikes from the ECB.

Later in the American session, the latest GDP figures from the US will hit the market and they may give further indications on whether the American economy is begging to slow down which will add to the case for smaller rate hikes.