The Euro has found support against the US dollar as we enter today’s trading session after a strong round of data from the Eurozone and now market participants will await the latest interest rate decision and monetary policy statement from the ECB tomorrow.

The latest quarterly employment change figures hit the market this morning at 0.6 percent against analyst’s expectations for a figure of 0.5 percent while the yearly numbers also beat consensus coming in at 2.9 percent against predictions for a reading of 2.6 percent.

The standout performer was the quarterly GDP figures which came in at 0.6 percent, more than double the prediction of analysts who were waiting for a figure of 0.3 percent. The yearly numbers also performed well coming in at 5.4 percent against an estimated figure of 5.1 percent.

The strong numbers may bode well for the Euro as we head into tomorrow’s interest rate decision and although there is no movement in rates expected from the current -0.5 percent, the ECB is expected to lay the groundwork for an interest rate rise next month. Other Central banks around the globe have started to respond to soaring inflation by tightening monetary policy, which had been very loose in the wake of the COVID-19 pandemic.

Earlier Wednesday, India’s central bank raised the key interest rate for a second straight month by 50 basis points to 4.90 percent, which follows on from a similar move by the Reserve Bank of Australia on Tuesday who caught markets off guard by also raising the key benchmark rate by 50 basis points

The U.S. Federal Reserve is also expected to raise its benchmark funds rate by 50 basis points next week and again in July with a possible follow up rate hike in September. 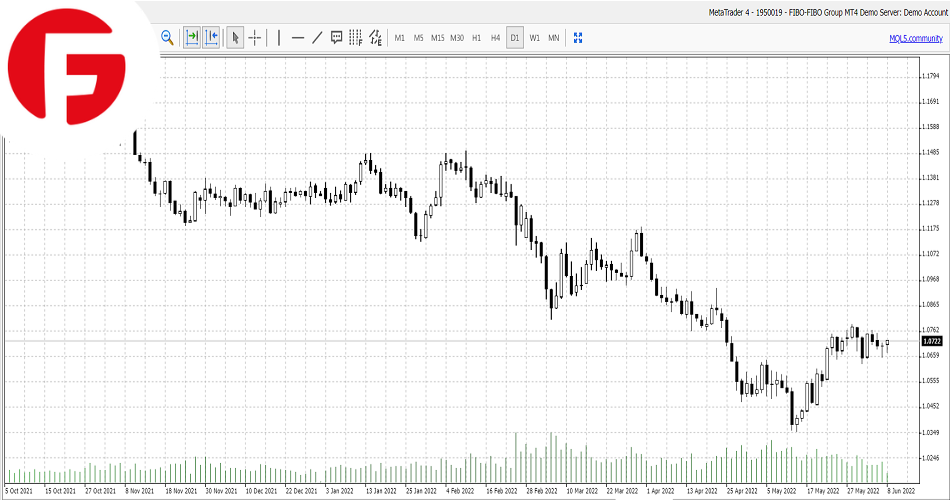 With no further major economic news due out for today, the EUR/USD currency pair is expected to remain in a tight trading range throughout the day as market participants await tomorrow’s rate decision from the ECB.

With no changes in rates expected all eyes will be on the following monetary statement for further confirmation of the ECB’s planned rate hike next month.