The Euro once again failed to take advantage of positive news in today’s trading session- and is once again under pressure against the US dollar just as an oil embargo against Russia looms which threatens to send energy prices in the Eurozone through the roof.

The German ZEW Economic Sentiment Index unexpectedly improved despite looming recession risks, hitting the market at -34.3, and while not great it was much better than the previous figure of -41.0 for the previous month and also beat analysts’ expectations for a figure of -42.0.

The Eurozone as a whole ZEW Economic Sentiment Index also beat expectations coming in at -29.5 against predictions for a figure of 41.0 and well up from the previous months reading of -43.0.

The European Union is on the verge of approving a sixth round of sanctions against Russia which includes a total oil ban and The European Commission, the executive arm of the EU, has presented a six-month phase-out period from Russian oil as part of broader measures looking to hurt President Vladimir Putin’s regime.

Hungary and Slovakia, two EU nations with a high dependence on Russian energy have been given until the end of 2023 to follow the new set of rules but both countries are holding out and demanding more time and it is believed there will be an agreement reached over the next couple of days.

The oil embargo could not have come at a worse time for the European economy which is already struggling due to the conflict between Ukraine and Russia and the Euro looks set to suffer against the greenback even further. 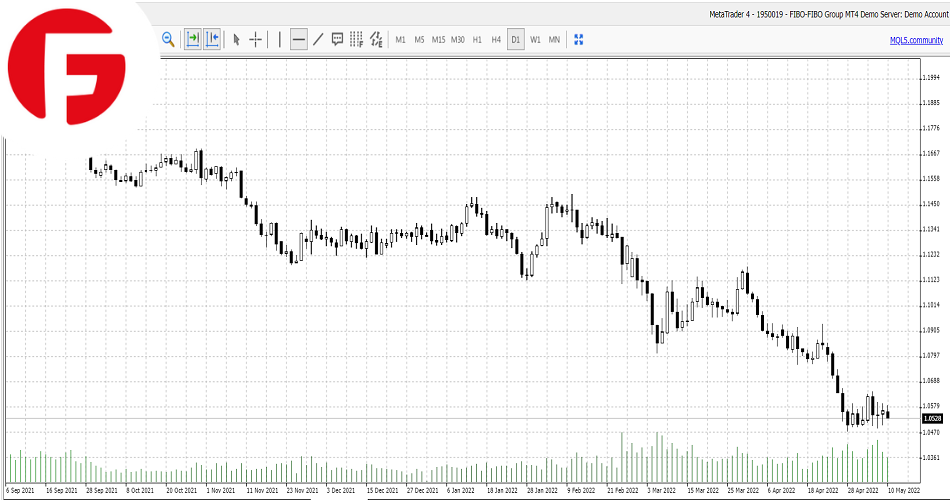 As we can see on the chart, the EUR/USD currency pair has been stuck in a tight trading range between $1.0480 and $1.0600 over the last 2 weeks after suffering heavy losses in the previous week.

It is hard to see the Euro making any type of significant rally for now against the US dollar, and especially with the US Federal Reserve in overdrive with regards to lifting interest rates and there is already speculation of a 75-basis point hike next month which will only widen the yield difference between the 2 currencies.