The euro has bounced off parity and reached a one week high on Monday against the greenback, benefiting from the dollar's retreat after several Federal Reserve officials signaled they did not favor stepping up the rate hiking pace.

Fed governor Christopher Waller and St Louis Fed governor James Bullard said they preferred a 75-basis-point interest rate increase at the Fed's July 26-27 meeting, rather than the 100-point move some had been predicting following an above-forecast inflation reading.

"With equity markets still in positive territory, risk appetite is back so the comments from Fed governor (Christopher) Waller, ramming back on the 100 bps rise, have had the desired impact," said Derek Halpenny, head of research at MUFG.

This is a bit of welcome relief for the Euro which was reeling last week after another red-hot inflation report from the US which cements in further rate hikes as the year unfolds.

The European Central Bank is also expected to raise rates by 25 bps on Thursday and investors are waiting to see if it outlines plans to deal with rising bond yields in southern euro bloc states, especially Italy.

On the same day, Russia is meant to resume gas supply via the Nord Stream pipeline after a 10-day maintenance shutdown and failure to do so will spook markets, already fearing economic recession in the European Union. 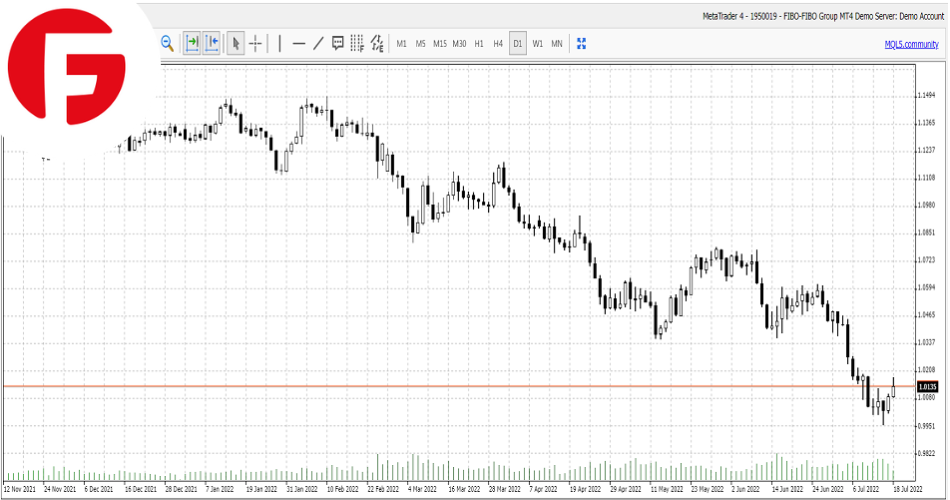 It seems Russian President Vladimir Putin is using energy as a weapon to force the EU to cut back on sanctions against his country which is likely going to be the major cause of a recession.

"Broadly, the euro's decline can be linked to a higher chance of a deep recession, which is influenced by oil prices and output," said Stephen Ellis, an analyst at Morningstar

With no major news due out from both sides of the Atlantic today, the main drivers of the EUR/USD currency pair will be the ongoing conflict between Ukraine and Russia while market participants await tomorrow for the release of the Zew economic sediment index from Germany.