The Euro fell to its lowest level in more than 12 months during yesterday’s trading session to $1.1524 after dovish comments from a European Central Bank (ECB) policymaker and disappointing data out of Germany showed that the Eurozone is still struggling with the effects of the covid 19 pandemic which has wreaked havoc on the economy.

In a speech yesterday, Governing Council member from the ECB Francois Villeroy de Galhau raised concerns over the Central Banks effort to meet the 2023 inflation target which led many to believe the current stimulus program in place to support the Eurozone economy will remain for longer.

The release of the Zew economic sediment survey which measures investor sediment hit the market at a disastrous 21, well short of analyst’s expectations for a figure of 37 while the same index out of Germany came in at 22.3, just short of the predicted figure of 24.

As we enter today’s European session, the Euro has made somewhat of a recovery as market participants await Consumer price index numbers from the Eurozone and the US which are due for release later today followed by the FOMC minutes from the US Federal Reserve.

A strong CPI number from America could propel the Fed’s to start tapering as early as November which will also set the stage for an interest rate hike. In addition to that, FOMC minutes may also shed light on the timeline of the Fed’s future movements with regards to reducing their stimulus program.

Furthermore, the European Union has a major energy crunch going on right now and has had rolling blackouts with various industries and power plants. As things stand right now, the EU is paying six times what the United States is for most of its natural gas. 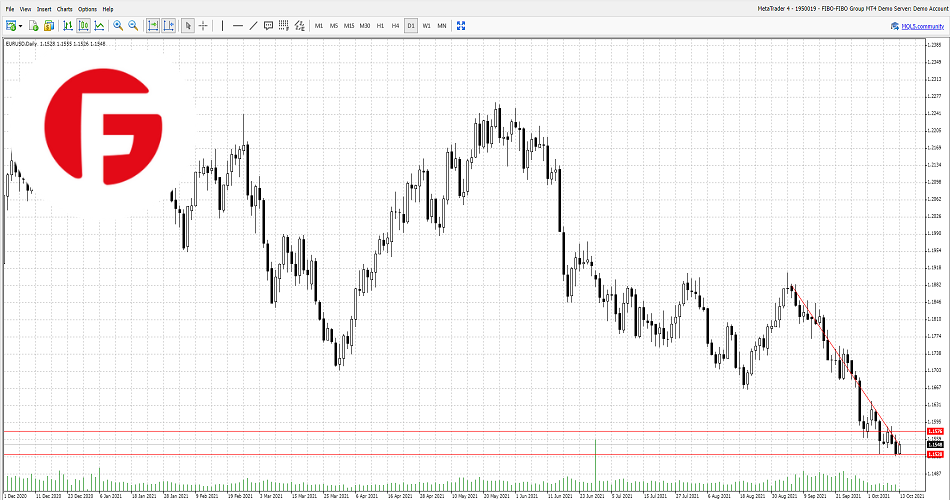 Looking at the chart, we can see that the Eur/USD currency pair has found support for a second straight day at the $1.1528 mark but is running into resistance at the downward trend line which began on the 2nd of September.

We may see the Euro push higher towards the $1.1576 resistance level on the back of strong CPI numbers from Germany but ultimately the major movement on the currency pair today will be driven by the CPI figures and FOMC minutes from the US and we are likely to see a new yearly low if the news is positive.