The Euro roared backed through the parity mark against the US dollar in yesterday’s trading session after a strong round of economic data from the Eurozone as well as general profit taking in the greenback.

German industrial production unexpectedly rose in September, according to federal statistics authority Destatis, hitting the market with a 0.6% month-on-month increase.

The figure was well above analysts’ expectations for a number of 0.2 percent and follows a downwardly revised 1.2% contraction in August. On an annual basis, Germany's industrial production was up 2.6% in September.

Production of consumer and capital goods improved 1.4% and 1.1%, respectively, while the output of intermediate goods, on the other hand, decreased 0.1% from a month earlier.

The news out of Europe’s biggest economy is welcome relief for the holders of European currency and shoes it may be heading for some improvement.

“Data has not been that terrible in the form of the German industrial production, as well as euro zone [consumer price index] that we had last week and the [gross domestic product] numbers” that showed the euro zone grew at a rate of 0.2% in the third quarter, said Kathy Lien, a managing director at BK Asset Management.

The market is also digesting last Friday’s jobs report from the US where the unemployment rate rose to 3.7%, fueling hopes that a possible Federal Reserve pivot could be on the horizon, capping potential gains for the dollar.

Four Fed policymakers on Friday also indicated they would still consider a smaller interest rate hike less than 75 basis points at their next policy meeting.

Fed funds futures now show that markets are pricing in a 67% chance of a 50-basis point rate hike at the Fed's December meeting, with the next key data point being Thursday's U.S. inflation figures. 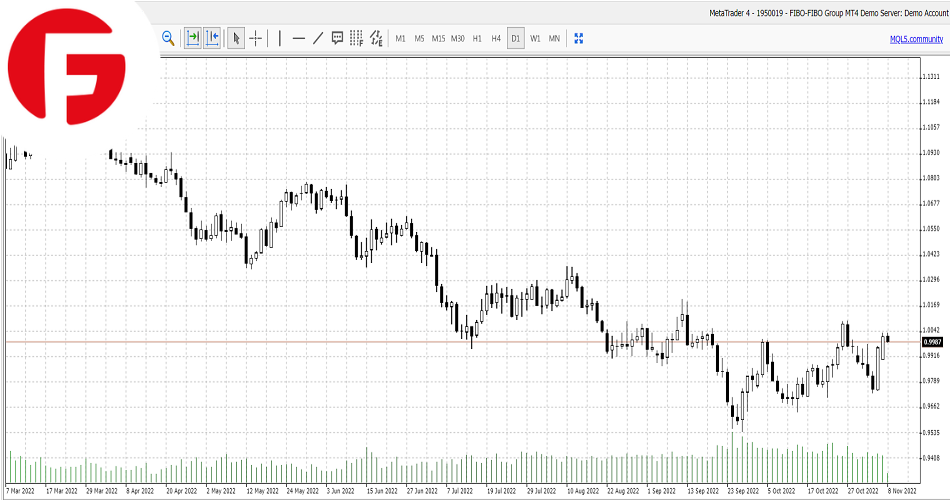 Looking further ahead today, the main drivers of the EUR/USD currency pair will be the release of retails sales figures from the Eurozone which is a key indicator of consumer spending and will be closely watched be the European central bank in their quest to raise interest rates.