Sellers have quickly returned to the European currency and pushed the EUR/USD to fresh multi-session lows today towards the vicinity of 1.0100 as market participants await the latest interest rate decision from the US Federal reserve tomorrow.

Money markets are pricing in a 75-basis point rate hike from the Fed when they announce the interest rate decision, but many analysts are not writing off the chances of a 100-point hike by the US central bank to send a message to financial markets that they are serious about reigning in inflation, which is at its highest level in 40 years.

Before the rate decision tomorrow, the Euro has had to deal with a number of other important news which includes that EU countries have decided to reduce the gas consumption in the next winter, all following the decision by Russian giant Gazprom to cap the supply of gas to the old continent to around 20%.

Even a mixed bag of economic data failed to boost the Euro with the US Consumer Confidence which is tracked by the Conference Board easing to 95.7 in July, while New Home Sales contracted 8.1 percent in June, while the FHFA’s House Price Index rose 1.4 percent in May from a month before. 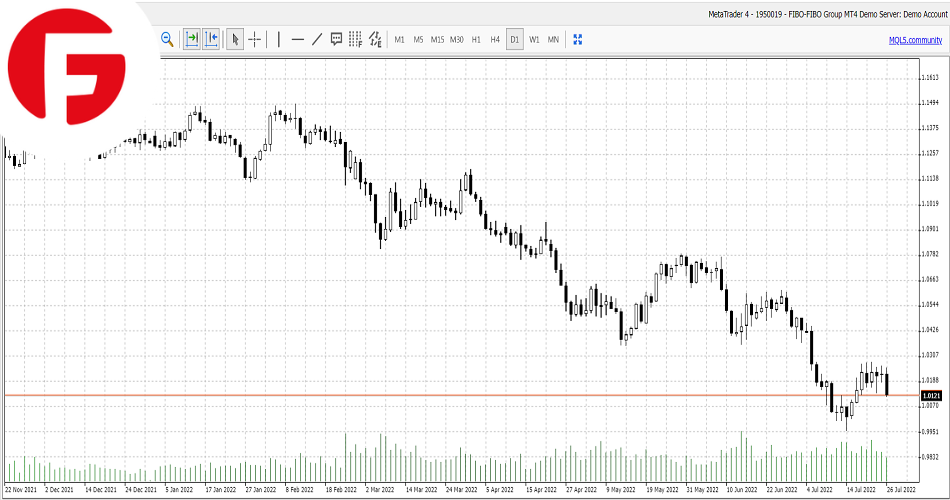 One analyst believes all these issues surrounding the Euro are going to take its toll and not only will the European currency once again fall below parity with the US dollar, but it will also sink all the way to 80c according to Edouard de Langlade, the founder of EDL who runs $751 million at his macro hedge fund, is known for his big and bold bets

“Europe is on the brink of disaster, which could potentially lead to its breakup,” de Langlade told clients in a letter this month seen by Bloomberg. “We could move to a place where the dollar is not strong against everything, but the euro gets weak against everything,” Mr Langlade said.