The Euro could be in for some serious losses against the greenback if it breaks a critical support level and call fall into the low 0.80’s according to analysts from DBS bank.

After breaking down through the key 0.96 mark a few weeks ago the Euro found strong support and was pushed back up above the parity level, but that strength has since fizzled, and the currency is trading around 0.9750 in today’s trading session.

“Eurozone Sentix Investor Confidence fell to -38.3 in October, its worst reading since May 2020. More importantly, the current situation index plunged to -35.5 from -26.5.” said analysts from DBS bank.

“Bloomberg consensus sees three-quarters of negative growth for the German economy from 3Q22 into 1Q23, amidst double-digit inflation in 4Q22.EUR has an important support level of just below 0.96. Failure to hold this could send it into the 0.8270-0.95 range seen in 2000-2002.” They added. 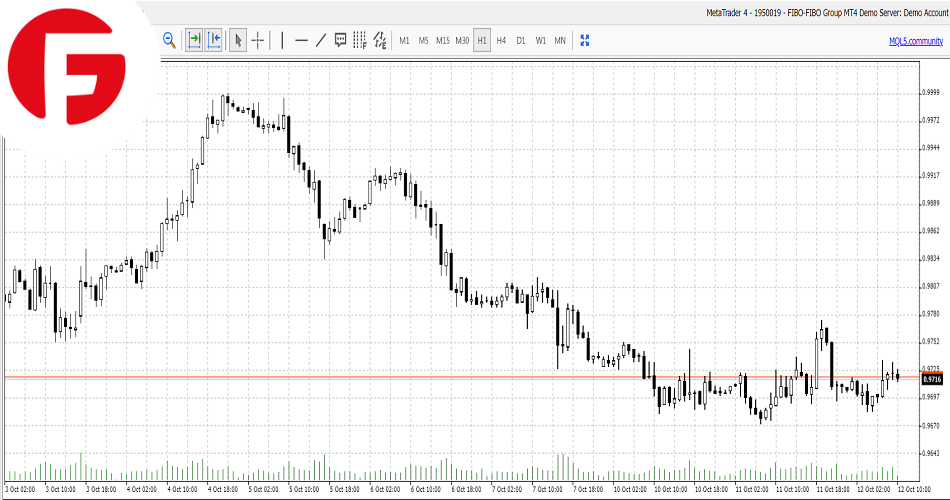 The evidence suggests that the euro area is not experiencing a broad-based de-anchoring of medium-term inflation expectations, European Central Bank (ECB) Chief Economist Philip Lane said on Tuesday, as reported by Reuters.

Earlier today, the market witnessed a speech by ECB board member Philip Richard Lane who noted the medium-term inflation projections are in check which means more rate hikes can be expected from the European Central Bank.

"If we observe that transmission is weaker or slower than expected, this would require a further tightening of the monetary policy stance."

"If we observe that transmission is stronger or faster than expected, this would require a less-tight monetary policy stance." He said

"Outstanding funds in the ECB’s targeted lending programme (TLTROs) are still dampening the increase in bank funding costs. We remain attentive to the spread between different money market rates as well as collateral scarcity concerns." He added.

"Further progress in bringing inflation towards our aim can be attained by ensuring the appropriate level of slack in the economy, provided inflation expectations remain sufficiently well-anchored."