The Euro is stuck in a sideways movement against the US dollar as we get ready to enter the European trading session today after failing to hold onto yesterday’s gains on the back of disappointing figures released from the US.

The data published by the US Bureau of Labor Statistics revealed during yesterday’s American session showed the Consumer Price Index, which is the major gauge of inflation in the world’s biggest economy coming in at 5.3% on a yearly basis last month, slightly lower than the 5.4% from the previous month as expected by analysts.

The Core CPI figures, which tend to be more important, and exclude volatile energy and food prices, hit the market at 4% and were also lower than market expectations for a figure of 4.2%.

The Euro initially pushed higher on the news, as speculation mounted that the US Federal Reserve would now hold off on reducing their bond buying program, but by the end of the day, the European currency day had given up all of the gains, which showed many in the market had not given up hope the Fed will in fact begin tapering by the end of the year.

All eyes will now be on the two-day monetary policy meeting next week by the Fed where traders will be looking for clues as to when a tapering announcement will be made. 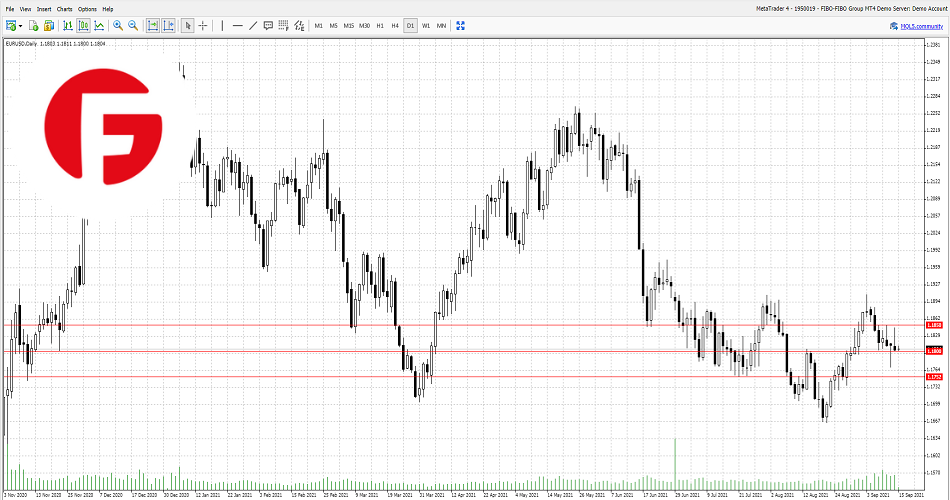 On the chart over the last 5 trading sessions, we can see the Euro has faced stiff resistance at the $1.1850 mark and as the week unfolds, it is hard to see it moving above this level unless some unforeseen circumstances hit the currency markets.

The $1.1800 support level has provided much needed help for the EUR/USD currency pair over the past week, but this support is looking pretty vulnerable as we enter today’s trading session and it may struggle to hold.