The Euro received a much-needed reprieve in yesterdays trading session against the greenback after a disappointing round of data from the US cast doubt on the US Federal Reserves intentions to cut back on their bond buying program next month.

The durable goods ex defense figures hit the market yesterday at -2 percent against analysts’ expectations for a figure of 0.2 percent and although the Euro initially climbed higher on the news, by the end of the trading day the currency had given up much of its gains to end the day just slightly higher at $1.1602.

As we enter today’s European trading session, the EUR/USD currency pair is virtually unchanged as traders await what is shaping up to be a huge day regarding economic news from both sides of the Atlantic.

The major new from Europe will be the latest interest rate decision from the European Central Bank, where they are expected to announce a continuation of their bond-purchasing plan and a pledge to keep the benchmark interest rate near zero, in spite of the persistently high inflation. Any surprises such as talk of cutting back on the stimulus plan will likely give the Euro a big boost.

From the US market participants will await the latest GDP figures during the American session which are expected to come in at just 2.7 percent which is well down on last months figure of 6.7 percent, as products remained stranded at normally bustling ports, employers struggled to find workers and consumers battle with rising prices. If predictions are on target this news should also add some support to the Euro. 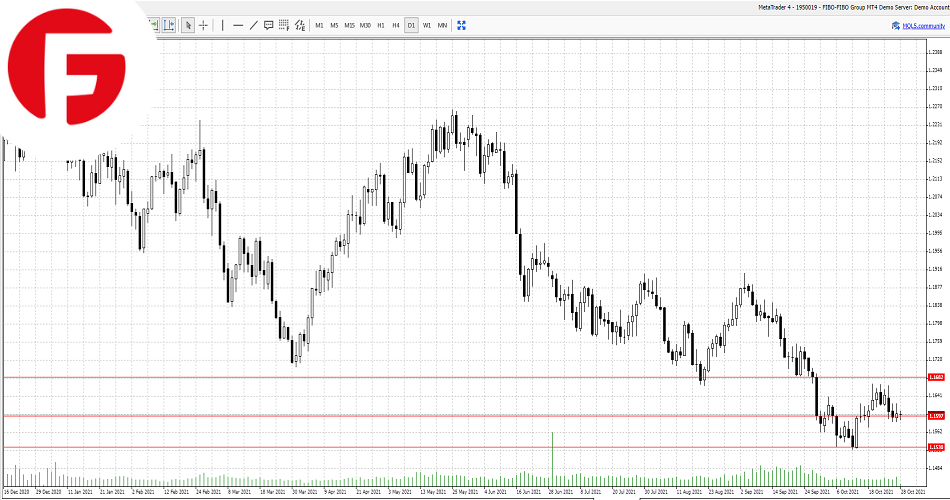 On the chart we can see the Euro has found support for a third consecutive day at the $1.1597 level and this is expected to hold at least until the release of the interest rate decision and monetary statement from the ECB later today.

Looking at the resistance the Euro has faced over the last few days, it looks as though traders are just looking for a reason to sell and if the GDP figures from the US come in better than expected, we will more than likely see a retraction to the next support level at $1.1530 and from there a possible retest of the 14 month low of $1.1523.