The Euro initially jumped against the US dollar after the release of the latest CPI figures from the Eurozone yesterday hit the market in line with expectations, but the party was short lived and the gains evaporated after the European Central bank released a monetary policy statement later in the session

The ECB minutes release contained no new surprises, and most of the information they presented was already known and factored into the market which caused the EUR/USD currency pair to pullback below the strong resistance level it had managed to break earlier in the day.

The ECB once again retreated that they believe the current record inflation figures are temporary and therefore, the central bank does not believe that conditions for a rate hike this year have been met but have vowed to leave the door open to tighten monetary policy should the situation change.

Now that the latest inflation figures are out of the way, and the ECB is prepared to keep rates on hold, the potential for further losses in the Euro against the greenback have risen substantially considering the US Federal Reserve is likely to kick start their rate hiking cycle in March.

Analysts now predicting the US central bank will deliver up to 4 rate rises in 2022 which is going to see the yield difference between the US dollar and the Euro skyrocket as investors chase profits not only from capital gains, but also real returns. 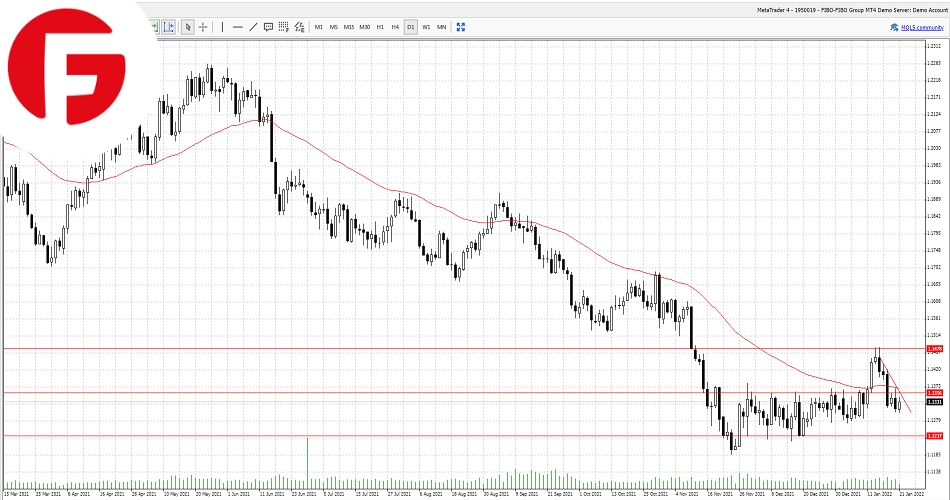 As we can see on the chart, the Euro has now been on a downward trajectory slide against the US dollar for the past 5 trading sessions and bar some unforeseen circumstances, it is hard to see this situation turning around in the nearest future.

There are just too many things working against the European currency for it to make any serious move upwards such as negative interest rates, a dovish ECB, and a growing number of coronavirus cases in the Eurozone which threatens to destabilize the fragile economic recovery.