The dollar finished the day stronger in yesterday’s volatile trading session as investors moved back into the safety of the US dollar while the euro fell as investors digested the new from the European Central Bank statement and comments made by the ECB’s Lagarde.

The euro started the day of on a strong note after the ECB retreated their earlier stance that they would keep keep interest rates at record lows for as long as it takes for the Eurozone to recover.

ECB President Christine Lagarde, in her media briefing, did not say anything to change the market's cautious outlook on the euro zone, and she noted that a resurgence of the coronavirus pandemic runs a risk to the Eurozone’s economic recovery which will have to be closely watched by the central bank.

The only thing that saved the Euro from potential further losses was the release of the Jobless claims figure from the US which hit the market at 419,000 against analyst expectations for a number of 350,000 and left some in the market wondering whether it is too early for the US Federal Reserve to begin reducing their stimulus program. 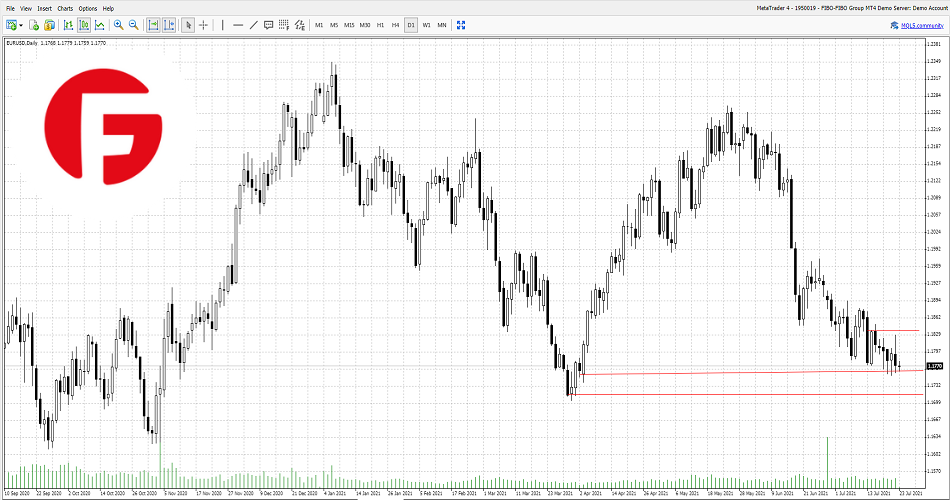 As noted in yesterday’s article, volatility was to be expected for the Euro/USD currency pair and there was no disappointment with the pair trading in both directions towards the current support and resistance levels of $1.1849 and $1.1756.

This trading range is expected to remain today, and some volatility is expected with the release of Markit services and Markit composite PMI figures from Germany and the Eurozone which may see the upper and lower bands of the trading range tested again, depending on the outcome of the news.